Skip to primary content
I’ve been a Travelling Wilbury again peeps and this week’s expedition found me in Nuremberg, Germany. While there hasn’t been much of an opportunity to sightsee, I’ll be sharing some spectacular pics and a brief highlights package when next I put fingers to keyboard.  But in the meantime, I’ve been browsing BA’s business:life magazine to see what’s new in the world of fascinating facts.

Having been in Germany this week, it seems only appropriate to make a start with the locals so according to USwitch/WHO, 66.5% of Germans are overweight, making them the fattest nation in Europe. Must be all that beer and sausage.
Not to be outdone, Britons holidaying in France gain an average of 7.3lbs over a fortnight (cheese and wine related methinks) and 6% of Scottish high street shops are takeaway food outlets (I suspect the heady delights of deep fried Mars Bars come in here somewhere). But 82% of Spanish holidaymakers say they can’t live without herbal teabags and 63% of Spanish women are dissatisfied with their lives. Let me see, cheese and wine or herbal teabags. Seems a pretty simple equation to me. Attendez-moi, s’il vous plait!
Speaking of holidays, did you know that Irish workers get the lowest holiday entitlement in Europe (29 days)? There’s clearly so much to be done harvesting potatoes, making widget-induced alcohol, marketing expensive glass crystal and encouraging gullible visitors to their fair isle to hang upside down and plant their smackers on some old stone. Spare a thought for the less diligent Swedes and Portugese who enjoy a further 10 days left to their own devices.

On second thoughts, it probably takes an extra 10 days per annum to assemble flat pack furniture so I think we are down to the Portugese as the most relaxed nation in Europe.
As a single gal, it would be remiss of me not to include a couple of key insights into the European singles scene. Lucky for me, 60% of men across Britain, France, Spain and Italy (as well as the US and Brazil) say they prefer brunettes. And 73% of British singletons seeking a partner rate a good sense of humour as a must-have trait.
(Note to self: dark and funny, dark and funny, dark and funny. Repeat such affirmation each morning while wondering whether to pluck irreverent silver threads from my still largely brunette barnet.)
And last but certainly not least, it’s back to the green and slightly drizzly isle of Great Britain. In typical understated British style, without boasting, shouting or any remote sense of preening, I was informed by a soundbite in the magazine sidebar that Cambridge is the top university in the world. So it would appear that that unique blend of British intelligence and Victorian modesty is alive and well and did not disappear with Mr Humphreys being free to stroke Mrs Slocombe’s pussy.
But I also learnt that one fifth of British people do not know a dairy cow is a female. So maybe the world’s best is just ‘keeping its powder dry’ and we shall see cleverness unleashed in it’s finest form on University Challenge. 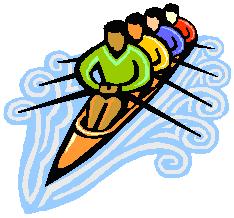