Here we are at the last bank holiday in the UK before Christmas and I am ensconced at Gidday HQ catching up on a whole lot of the must dos after a few days of fun to-dos (and not a small amount of alcohol). The washing machine is whirring in the background, the ironing pile is lurking within eye-shot – which I must address one way or the other (i.e. iron or put away in the cupboard) – the UKHot40 is playing on the telly and my water bottle is within reach.

So let’s start with Saturday: a day of short sunny bursts and bouts of torrential rain under a largely grey sky. And an evening of cocktails and mighty fine cuisine as four work friends painted the heart of London’s Soho multicultural – at a Peruvian restaurant. This is what happens when a Turk, a German, a Frenchwoman and an Aussie, all obsessed with food, get their heads together for a girl’s night out.

After a flurry of emails late on Saturday afternoon, a plan was hatched and a few hours later, four happy expat ladies were sitting at the bar in Ceviche, watching the intermittent drizzle against the window with cocktails in hand. Ceviche is new to the London restaurant scene, having only opened in February this year, and has had some terrific reviews (including one by yours truly over on Weekend Notes after our super Saturday soiree). I won’t repeat here what you’ll find elsewhere – suffice to say we left four very happy ladies. And it wasn’t just the cocktails.

Sunday morning dawned and after a kick-start of croissants, coffee and copious amounts of water – how is it that so much drinking can be so dehydrating – I was off again, this time to the Edinboro’ Castle in Camden for a farewell do.

You see, in just under two weeks time, A-used-to-be-down-the-hill will become Seattle-A. Yes, she and hubster are moving state-side to the land of the free, the home of the brave and city of highest rate of sunglasses purchases per capita in the US. They’ve bought a fabulous new pad, booked the movers and are starting their own round robin of goodbyes to old London town.

And yesterday, under the canopy of trees in the sun-dappled beer garden at the Edinboro’ Castle, was a gathering of their wonderful circle of friends. Almost ten hours of repartee and reminiscing, of howls of laughter and a little just-between-friends political incorrectness, of re-connecting and fond farewells, to wish them well in this next exciting chapter…and to book our respective berths at Palazzo Seattle.

So this weekend has been a poignant reminder of the power of my expat friendships, both old and new, and the importance of trusting my instincts in reaching out amongst the myriad of connections I make each day, week, month, year.

Saturday night heralded the start of a ‘four girls from four nations’ friendship.

And while my own personal farewell with A is still to come, Sunday was a celebration of a friendship that began just two weeks into my expat journey. That’s more than eight years of life in the UK together. Opening the pages of this next chapter in our friendship has me feeling a little sad, but excited about the possibilities that will follow for both of us.

You see we, my friends, are going global. 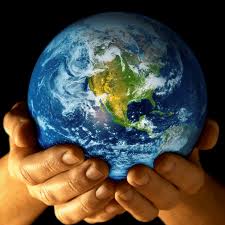