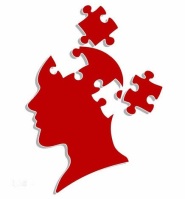 Over the last few weeks there seems to have been a theme emerging from my inspired meanderings. Whether it’s being prodded, protected or paying its way, it would appear that the head is making …well headlines.

You see it started for me with my first haircut with a new hairdresser. The previous one returned to Hungary via the magic carpet of love and while I am happy for her, it sucks for me. Quite frankly, it’s ALL about my hair and a poor do does not a happy girl make.

Anyway Springwise.com also started off 2014 with a review: of the top ten business ideas that they thought stood head and shoulders above the rest. Among these were a folding bicycle helmet from the UK, an invisible one from Sweden and some face-recognition payment systems from Finland.

Then I found out about the Science Museum’s latest exhibit called Mind Maps: Stories in Psychology which has made it on my 2014 list of things to do. (I’ve got until August to see this one.) And then both TED talks and Upworthiest posted about depression and The New Yorker ran a piece on anxiety.

These heady reflections might sound timely – post Christmas/New Year blues and all of that – but we in the northern hemisphere are already lacking a few happy hormones (via Seasonal Affective Disorder) and sunshine-y daylight hours so I vote for focussing on the things that put a smile on your face. 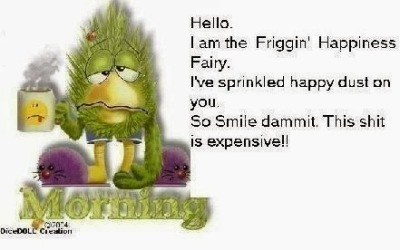 Little Rooster is an ‘alarm’ for the ladies. It’s a small vibrating device that is popped in the underpants before going to sleep that promises to transform your first waking moments. Delivery to the UK takes only 2 business days so for UD$69, you can put a smile on your dial every morning…by Wednesday.