Today we will be taking a little break from my recent travels to explore the concept of Father’s Day.

It’s been prompted by the fact that the UK and the US (and a lot of other countries apparently) celebrate today yet we Aussies wait until the first Sunday in September to pay tribute to the Old Man. 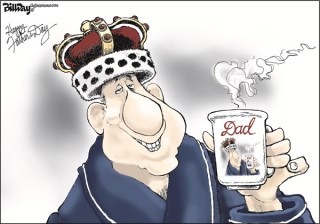 It doesn’t even align with Mother’s Day, which we celebrate on the second Sunday in May (same as the US) almost 2 months later than here in the UK. It’s mighty confusing. And in pondering this very issue out loud with my hairdresser yesterday, I made a pledge (she did have scissors in her hand at the time) that getting to the bottom of this sticky question would be my priority for the remainder of the weekend.

Father’s Day is a relative newcomer to the ‘holiday’ calendar (although who gets a holiday?) first appearing in the USA 102 years ago when, following a sermon in Spokane in 1909, a young parishioner, who had lost her mother in 1898, asked for a way to honour her father. Originally suggesting her father’s birthday, the 5th June, the eventual date was set for 19th June 1910. And whilst Father’s Day was born, it took until 1972 for it to take hold when Lyndon Baynes-Johnson declared the third Sunday in June a national holiday.

The third Sunday in June is the Father’s Day of choice for many countries – USA, UK, India, Canada, China, France, Greece, Hong Kong, Pakistan, Singapore, South Africa, Sri Lanka, Switzerland and Turkey. But other countries choose different dates to honour fatherhood. Russia celebrated on 23rd February this year and Thailand will take its turn on the 5th December. Spain, Belgium and Italy celebrated on the 19th March, Germany on May 17th (always on Ascension Day the Thursday forty days after Easter) and Sweden will on the second Sunday in November. South Korea had Parent’s Day on the 8th of May (so one day for all parents instead of two separate days) and Brazil will celebrate the day of fathers on the second Sunday in August.

You can see why expat life can be very confusing.

For the record, Australia and New Zealand pay tribute honour make an effort on the first Sunday in September. I have googled and googled and there is nothing that tells me why this is – which makes for a rather uninteresting and pointless post. So I decided to look at what else happened on the 2nd September in the vain hope of finding something.  No cigar but here are a few of the more interesting things I found:

In 44BC Pharaoh Cleopatra VII of Egypt declared her son co-ruler as Ptolemy XV Caesarion.
In 911 Viking-monarch Oleg of Kiev-Russia signed a treaty with Byzantines
In 1666 the Great Fire of London began in Pudding Lane
In 1859 gas lighting was introduced to Hawaii
In 1929 Unilever was formed by merger of Margarine Union & Lever Bros
In 1945 Japan formally surrendered to the Allies, bringing an end to World War II
In 1969 the first ATM to be installed in America started dispensing cash at Chemical Bank in New York City.
In 1993 South Africa celebrated its Day of Peace
In 2003 it was happy 100th birthday to the Harley-Davidson motorcycle
And in 2011 Apple won in court in Dusseldorf banning the sale of the Samsung Galaxy Tablet in Germany

And what about 2012?  Well, Venice (the one in Italy) will stage their annual regata storica parade as prelude to the regatta, Vietnam will celebrate its national day, the inaugural Poptronik Festival will take place in Sitges, Spain and the annual Butter Trail Run will be held at Tatamagouche, California.

In the UK, the Christchurch Medieval Festival in Co. Dorset happens over first weekend in September, the 22nd Stormin’ the Castle at Witton Castle, Co Durham will be winding down, while England and South Africa will play cricket at Lords and Olly Murs will play Chelmsford.

And at Gidday HQ, I’ll be wishing my Dad a Happy Father’s Day…again.

So to my old man, hope you have had a brilliant Father’s Day (in-waiting). 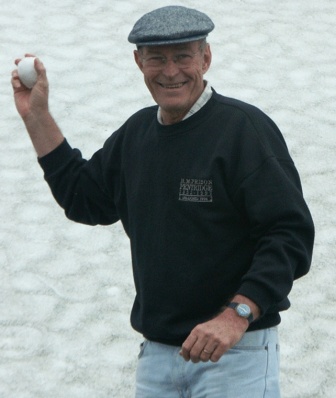