Skip to primary content
Skip to secondary content
It’s a bright shiny Saturday and I have a mountain of chores on my to-do list at Gidday HQ today but I couldn’t help but dwell a little longer between the sheets this morning to finish my 4th book of the year so far, Liane Moriarty’s The Husband’s Secret. (Yes I know – four already!) I have been reading it for the last few days on my tube ride in and out of London and I just couldn’t start my weekend without knowing how it all turned out in the end.
My literary start to 2014 has been a good one with three cracking 4-stars and a pleasant 3-star to kick off the year. And having returned to my commuting routine, I thought it was a good time to review 2013, my year spent flicking through Audrey‘s e-pages.
Looking back through the list, it was an interesting spread of surprises, themes and disappointments. I ‘favourited’ new writers and revisited old ones, I read about places in fact and in fiction and as is wont to happen along the way, I found myself both disappointed and delighted by my bookish meanderings.
The 5-star favourites were few and fabulous. In February I roamed the streets of South West London in John Lanchester’s Capital (2013 #6), revisited a long forgotten fave in March, author Val McDermid and Killing the Shadows (2013 #13) and went nuts in August for Gillian Flynn’s Gone Girl (2013 #35). And the theme through all of these? Who really dunnit.
You might be thinking one of two things at this point. She’s extremely discriminating or she’s really stingy with her stars. With 5-star ratings I am – something has to really make an impact to get one of the these so this trilogy comprises the stand-outs of the year. But it’s not all about the stand-outs – I had a myriad of great reads during 2013 with 26, or 48%, of my 54 reads warranting a 4-star rating. So perhaps not so stingy.
At the other end of the spectrum, I awarded eight 2-star and one 1-star rating, the latter being #38 in 2013’s Book Nook, Charlotte Moseley’s The Mitfords: Letters from Six Sisters. Having read about the Mitford girls several years ago, I was so looking forward to reading this book of letters. But I struggled and strained right up to the final page, confused by pet names and left bereft of the enchantment I’d hoped for. It felt like it went on forever. Maybe I’m just not a letters kind of girl.
And of the eight 2-stars, I was most disappointed by Hilary Mantel’s Bringing Up The Bodies (I made the comment ‘drowned in detail’ in the Book Nook 2013 #47) and the damp squib that was Fifty Shades Freed (#8) which was anti-climactic to say the least.
Returning to the 4-stars, four of the 26 writers accompanied me on journeys near and far starting in January with David Revill’s London by Tube: A History of Underground Station Names (#5) now stored on Audrey for dipping back in to now my daily commute has gone ‘tubular’. In May, I tucked a borrowed Paris: The Secret History (#18 by Andrew Hussey) into my backpack and read page after page in the glorious Paris sunshine and in June, I was inspired by my visit to Seattle-A in – yes you guessed it – Seattle to buy Sons of the Profits: There’s No Business Like Grow Business by Seattle’s famous son William Speidel (#25). And then it was back home to old London Town in September with Niall Fergusson’s controversial (as it turned out when I read the reviews) Empire: How Britain Made The Modern World (#36).
And last but not least, there were the delightful surprises. Since my entry to Kindle-dom, I have a rule that I will not pay more for an e-book than I would for a ‘paper’ book (and given Tesco across the road offers 2 for £7 on paperbacks…well, you do the maths). This means I’m often found digging around Amazon or Kindle’s Daily Deals for a complete unknown…which can end up being an absolute diamond.
As far as the diamonds go, I stepped into an extraordinary expat story with The Cypress Tree, Kamin Mohammadi’s tale of growing up in Iran and then leaving the home of her childhood for London (#3). I took a walk alongside Harold Fry to be reminded of the joy in small everyday things (The Unlikely Pilgrimage of Harold Fry by Rachel Joyce #16). I discovered a new string in CJ Sansom’s bow with his post-civil-war tale in Winter In Madrid (#17) and I was moved by Tan Twan Eng’s story of war-torn Malaysia in The Gift Of Rain (#26). And to round off the year, I came back to London to meet The Radleys (#53), a truly surprising find given vampire tales are not a genre I usually enjoy.
So that was 2013, my year in books. As always, feel free to have a browse through the Book Nook tab for my thoughts and links to reviews on all of my literary meanderings. I’ve actually set myself a target of 54 books again for this year – a little more than one per week. So stay tuned. As I mentioned, 2014 is already off to a cracking start! 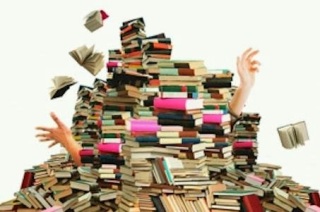 Last night I went to see an interview with John Lanchester, author of Gidday From The UK’s Book Nook entry Capital (#6 in 2013).

Lanchester, while sounding as English as they come (to my ear anyway) was born in Germany and spent his early years in Hong Kong before being educated in England. He has bridged the literary leap from journalist to author via what might appear to be a rather convoluted crossing: writing obituaries, reporting on the football, editing books, contributing to The New Yorker and becoming deputy editor of the London Review of books. I think it’s safe to say he comes from the ‘broad church’ school of writing.
﻿

And he can really write. I loved Capital – what Lanchester calls his Big Fat London Novel – especially the minutae of the residents in and visitors to a reasonably affluent suburban street not so far from where I used to live, so I was really looking forward to this chat with the Guardian Book Club’s John Mullan.

﻿﻿﻿﻿﻿The interview was fascinating and the hour was crammed with glimpses into the mind of this interesting and engaging writer and when I left, two of his quotes especially stood out for me.

The first is London is a city that the world presses on.

This is a feeling that I’ve tried to capture so many times when asked – as people do when you are Australian – what are you doing here? The best I’ve been able to come up with is that London is in the ‘centre’ of things and that Australia feels incredibly isolated and ‘out of things’ by comparison (mind you, this is not always a bad thing). The rush of being in the centre of the world’s issues is addictive and as these simple words left Lanchester’s lips, I felt the voice in my head say emphatically, ‘yes that’s exactly it.’

The second quote referred to the 2011 Census (which Lanchester mentions several times over the hour – obviously one of his own addictions!). 45% of the London population classes their ethnicity as White British. That means that White British are in the minority in London.

With such a large multi-cultural population, I’ve always felt quite a distinct and unusual dichotomy between the newness and ferocity of the immigrants and the resigned apathy inherent in London’s incumbents. Lanchester talked about the range of non-London characters in the book and how they provide a fresh set of eyes and opinions on what others might either see as ordinary or may not even notice at all.

He particularly talked about his Polish builder (a mere visitor in the fabric of this extraordinarily everyday street) and this character’s amazement at seeing the extreme drunken-ness around the edges of Clapham Common, a way he’s never seen people (particularly girls) behave back in Poland.

This is something I try to do. Not the extreme drunken-ness (oh you naughty Gidday-ers!) I mean to have that fresh-eyed view. Being present to the extraordinarily everyday moments: an historic snippet in an unexpected location or a beautiful burst of sky on my early morning commute or some stunning architecture dappled with London light. And then there are those moments of human-ness – sometimes in an exuberant child or a cache of voluble friends, at other times a glimpse of a soul bathed in poignant solitary-ness.

His responses to the questions from the audience were every bit as interesting and all too soon, the event came to a end and I was left inspired to read more of this fantastic writer’s work.

Lanchester’s pragmatic empathy in talking about his vast range of characters and his deep love of this unique and multi-cultural pressure cooker called London have definitely earned him a spot on this immigrant’s reading radar.