This week, about 10 weeks ahead of schedule, I smashed the 50 Book Challenge. 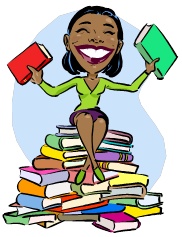 (Actually this morning it stands at 51 but who am I to quibble over such a detail?)

Along the way, I unearthed some real Commuting Gems, writers that will continue to feed my long and literary journey to and from work every day. Douglas Kennedy made the grade early – I have read three of his books this year – closely followed by slightly off-centre crime fiction from Chris Brookmyre (I’ve read two of his). More recently, I discovered the joys of Jonathan Frantzen, Jo Nesbo and Scott Mariani and have already started my next Ben Hope Adventure (Mariani’s protagonist).

I have also travelled far and wide from the comfort of my reading spot(s) – through the post ‘et tu Brutus?’ period of the Roman Empire (Colleen McCullough) and in a black cab across America with the incomparable everyman himself, Stephen Fry. I have immersed myself in the cultural melting pot of a Russian community in China with Kate Furnivall and stood in awe of the great and mighty Vesuvius with Robert Harris. 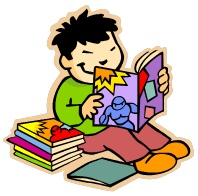 The stalwarts of my literary days gone by were there too – Lionel Shriver, Michael Connelly and Dick Francis (although after three of the latter, I might say nay – neigh, geddit? – to a Francis horse-racing extravaganza for a while).

I’ve also dropped in on old favourites like Heathcliff & Cathy and Meg, Jo, Beth & Amy. I read about risk and danger, and about a girl who played with fire and then made things worse by kicking the hornet’s nest.

I’ve even managed both a trip back to old Melbourne town (courtesy of Christos Tsiolkas) and a joyful celebration with fellow expat Bill Bryson, of the fabulous place I now call home.

Who knew that commuting four hours each day could bring such joy!

Not all was smooth sailing (or commuting if you prefer). Three made my ‘Disappointing’ List – number 6 from Margot Berwin, number 15 from David Gibbins and 39 from Dawn French. Not so marvellous. But 3 out of 50 (that’s just 6% says she, whipping out her trusty calculator to double check her mental maths) ain’t bad. And look at all of the things I have experienced and discovered.

So if you’ve been inspired at all by my bookish banging on, or are looking for some great reads to add to your own (e)bookshelf, you can see them all – along with what I thought of them – at The Book Nook which, in the spirit of encouraging readership and literacy, I will continue to update.