It’s the 1st of February. Where did January go for heavens sake? It’s only just begun and the year is already whizzing by.

As promised, with the heralding of the new month comes the next instalment of the 2014 Calendar Challenge and February’s funny finds inspiration in the language of our childhood…

Now come on admit it. Your pre-school world was full of moo-cows and baa-lambs wasn’t it…

Anyway the sketch of these woolly warmers gassing over a vino or two reminds me that today is National Pisco Sour Day.

I know. Who knew?

Pisco is a powerful grape brandy created by both the Peruvians and the Chileans and forms the basis of the potent Pisco Sour cocktail. Each nation has a slightly different recipe but Peru pay homage to their national tipple on the first Saturday in February – today. And if you are in London, the kind folk at Londonist have published a list where you can sample the best/most authentic manifestations of this South American delight – just click here. If not, you’ll have to google your own list.

I first discovered the joys of pisco during a girls night out at the then newly opened Ceviche Peruvian Bar and Kitchen in London about 18 months ago but rather than sour grapes, it was passion that I found at the bar. Or rather Pasion de Ceviche: A delicious blend of ginger-infused pisco, passionfruit juice, prickly pear liqueur and honey that was so smooth and delicious I had four that night, firstly transferring from an early allegiance to Toro Mata (a cocktail combo of coffee, pisco and sugar syrup) and then duly convincing my three cocktail-ing compatriots to join me.

Unsurprisingly sour grapes were in short supply at our table that night.

Note to self: Must go back. Soon.

In other alcoholic news, just yesterday Lil Chicky posted this on Facebook… 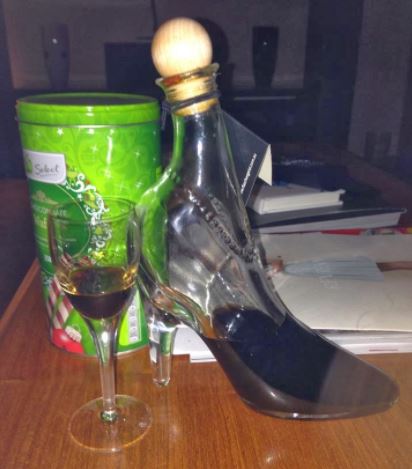 What’s a girl to do? It’s just leading this ‘sweet’ Aussie lamb to alcoholic slaughter.