Today is the May Day Bank Holiday in the UK and after a basking in some long overdue Spring sunshine yesterday, it’s time for me to keep my word and share my last two months of gadding about (which, with Mum’s 3-week visit smack-bang in the middle, pretty much disappeared before I knew it).

There have been a few highlights of the stage-and-screen variety since February starting with a ‘goosebumps all-over’ moment as Glenn Close filled the London Coliseum with her performance of Norma Desmond in Sunset Boulevard. The BBC ran a gripping six-part adaption of John le Carre’s The Night Manager that starred Hugh Laurie – in fine and menacing form – and Tom Hiddleston which had me transfixed on Sunday nights. (For those of you who don’t know Hugh, think House and Black Adder.)

And I saw a couple of really great movies – Spotlight and Eye in the Sky, the latter being a charity screening at my local cinema, The Phoenix. In his pre-film talk, director Gavin Hood explained that the technology featured in Eye in the Sky is real and out there as we speak. Mind-blowing stuff.

There were also some things I expected to love more than I did. The Maids at Trafalgar Studios was edgy and well-acted but a little too crazy for me and Immortal Tango contained patches of thrilling Argentine Tango but was brought low by too much tinkering with the quintessential drama and passion of the dance. Based on how much I loved The Night Manager, I had another stab at reading le Carre’s novel only to remember how convoluted and unwieldy I find his writing. And reading Agatha Christie’s And Then There Were None was spoiled by knowing ‘who dunnit’, having seen it on TV earlier this year (another brilliant adaption from the Beeb).

There have been some firsts as well.

I attended my first political debate on the EU referendum at the London Palladium. It was chockers with people and points of view and while it didn’t really help me to make a more informed decision, I did leave with my view of politics and politicians intact – grandstanding and emotive argument just don’t do it for me.

However what did do it for me was Painting the Modern Garden, an exhibition featuring artists from Monet to Matisse (and many in between) on my first sortie to the Royal Academy. 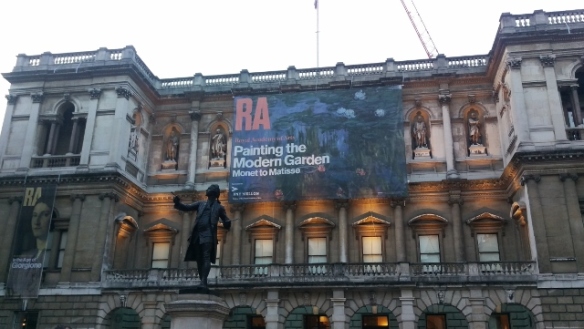 I also visited Poole, site of the second largest natural deep-water harbour in the world (after Sydney). 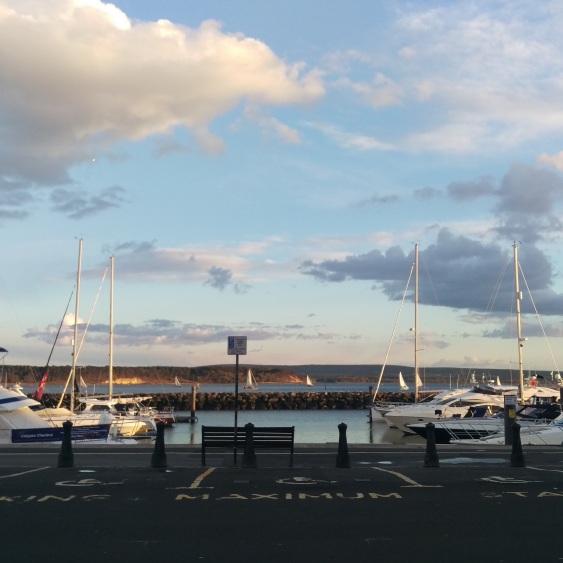 Last but not least, April alone has meant birthdays galore. It started with my two favourite little dudes turning 3 with Mum, Seattle-A celebrating a week later. And on the 30th, my good friend of more than 15 years, Swiss-S, finally turned 40 on the same day that high school friend, Aussie-J, marked her slightly more advanced passage through life (although she’s still younger than yours truly).

And the great Bard himself, Shakespeare celebrated his birthday on April 23rd, the same day as he popped his clogs 52 years later. There’s been much ado about this and for my part, this Bard-themed week has been book-ended by  Shakespeare Live! last weekend and a Shakespeare’s London walking tour on Saturday just gone with the Museum of London. 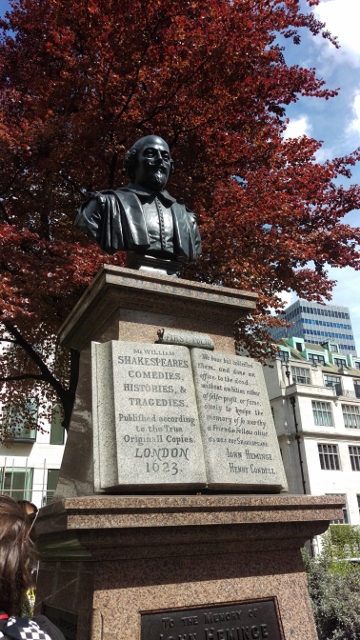 In other news, I was very excited by the Monopoly-themed loos at Marylebone Station…

I had to wait for everyone to leave the loos before taking these pics so no-one thought I was being weird or creepy (she says, posting them for all the world to see.)

…and that fact that Spring finally ‘sprang’…

Delicate Spring flowers  lined my street for about two weeks before they dropped to leave leafy green boughs behind them.

And I think that’ll do. Just as well that the month ended with a 3-day weekend…but the batteries are recharged and I’m ready to go again…

(Geddit? I just couldn’t resist a play on words.)